In addition, Jabra PanaCast 50’s advanced Artificial Intelligence (AI) features include Intelligent Zoom, which automatically detects and focuses on participants in a meeting, Virtual Director, which automatically focuses on the speaking participants in engaging meetings, and People Count, which manages meeting room usage and capacity and notifies the user if the room capacity has exceeded the limit.

This article introduces you to some examples of the Jabra SDK library APIs and callbacks, allowing any application developer to integrate with the PanaCast 50 features.

When connected to a computer via the USB port, the PanaCast 50 enumerates to the host as a USB Hub with two USB composite devices: a USB video device and a USB audio/Human Interface Device (HID).

The standard Windows USB Audio Class, USB Video Class (UVC), and HID Class Drivers are associated with the device and handle all video, audio, and HID communication between the host and the PanaCast 50. No additional drivers are needed, thereby allowing Plug and Play support.

When the device is in normal mode, it enumerates as a single video device and expose a single video stream, an audio endpoint, and HID pages - Telephony (0xB), Consumer (0xC), as well as the two Jabra-specific vendor pages. 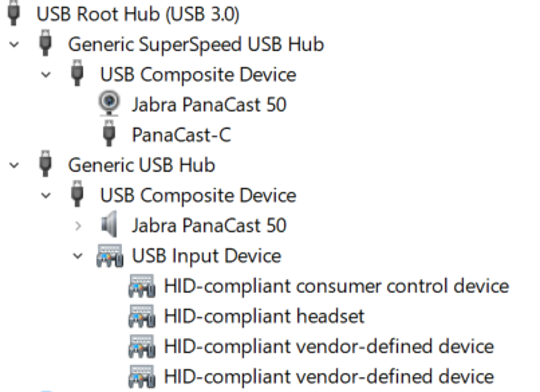 When whiteboard sharing is enabled on a separate content camera, the device re-enumerates to the host with the following two video endpoints: 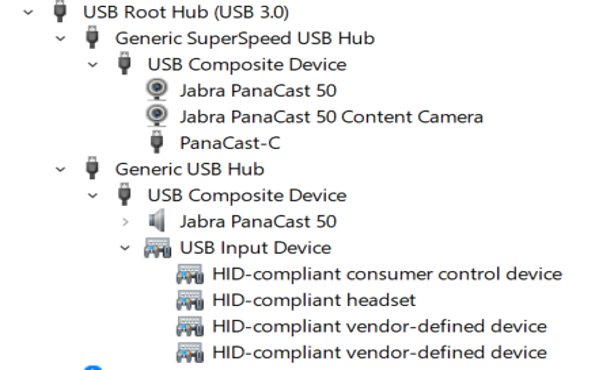 The following diagram is the high-level software stack on Windows, showing Microsoft Teams Client’s use of the standard HID communication protocol. This is done via the Telephony and Consumer pages to send and receive HID commands and events, as well as to support call-control with a USB audio device.

For audio and video capture and rendering, applications such as Microsoft Teams and other UC (Unified Communications) clients use a Windows SDK such as the Core Audio, Media Foundation, or DirectShow frameworks.

Moreover, the Jabra SDK library uses the vendor-specific HID pages to send and receive Jabra-specific HID commands. The audio and video capture and rendering are mainly managed by the UC client application and the operating system. 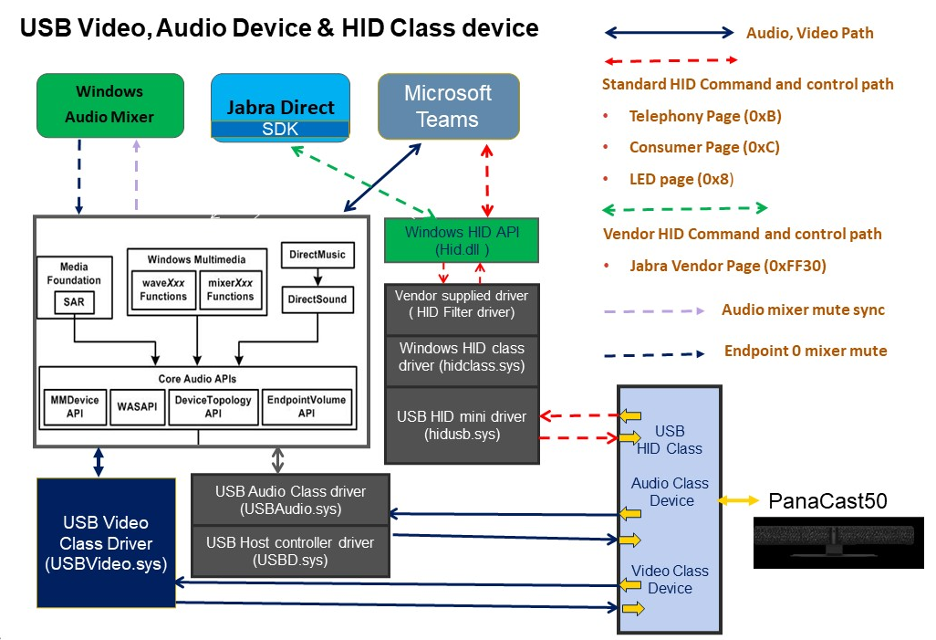 The Jabra SDK for Windows, macOS, and Linux enables developers to integrate and deploy custom software solutions with Jabra audio and video devices. With the library included in the Jabra SDK, developers can access USB endpoint audio and video devices, filter and pick the device of interest, and register for callbacks on device button presses, state changes, and analytics.

The Jabra SDK library also supports high-level APIs to read and write device settings and send commands to the device.

For more information on the Jabra SDK for Windows, macOS, and Linux, refer to the following URLs:

The following section outlines the basic steps to expose Jabra PanaCast 50 features using the C# wrapper from the Jabra SDK for Windows. You will learn how to:

The code snippets in the following section demonstrate how you can build a simple WinForms application and use a TreeView control to show the Jabra devices connected to USB.

The C# wrapper exposes a few core interfaces such as IServiceFactory, IDeviceService, IDevice, and ISettings to use with Jabra audio and video devices.

To use the Jabra library in your managed .NET application, you must add a reference to JabraSDK.dll providing access to all core interfaces and data types.

The following code snippet shows how you can instantiate ServiceFactory, register your client, and get an instance of DeviceService. Using DeviceService, you can register for a few callbacks to handle device arrival and removal events, as well as device logging events.

On a DeviceRemoved event, you can update the WinForm TreeView control and remove the device from the TreeView as shown in the RemoveDeviceFromTreeView function code sample that follows.

When a DeviceAdded event is received, you can add the device information to the TreeView, and do some initialization for Jabra PanaCast 50, as shown in the AddDeviceToTreeView and InitVideoDevice methods.

The device arrival and removal methods are called for all Jabra USB video and audio devices supported by the Jabra library.

When the People Count changes, the DeviceLoggingInput event handler is called, and the DeviceLoggingEventArgs Data property presents the JSON representation of the device event payload.
For example, see "People_count": "1" in the following Device Log Event:

You can use a JSON parsing library such as Newtonsoft.Json to parse the payload and extract the "People_count" property as shown in the following code snippet:

When People Count in the room exceeds capacity, a device logging event is reported.
For example, see "Room_exceeded": "TRUE" in the following Device Log Event:

Based on the chosen notification method and frequency, you will receive LED, tone, or voice alerts on the Panacast 50.

Therefore, any Windows video camera tool that supports UVC can access the supported settings and allow end-users to change them. 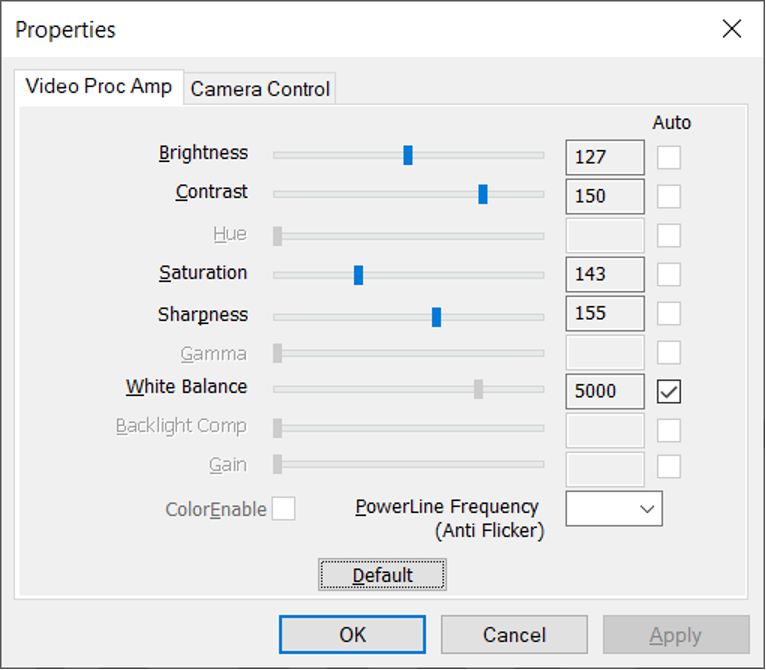 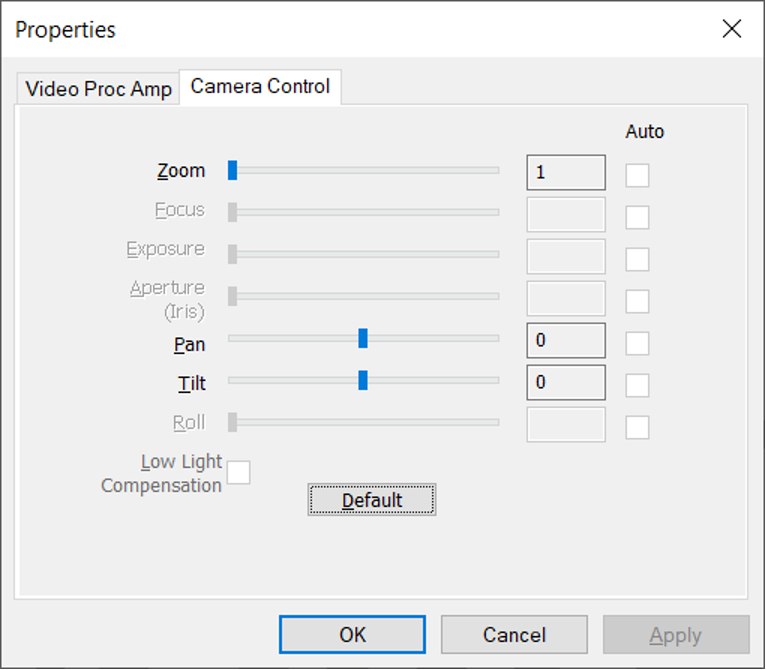 To change these video device settings, a Windows application developer can use tools like DirectShow or Media Foundation SDK. Moreover, the Jabra SDK library enables you to read, write, and get the range of each video device setting by providing simple APIs.

For example, using the IDevice instance, you can call the GetZoomLimits, GetPanTiltLimits methods to get metadata about the Zoom, Pan, and Tilt ranges or call the SetZoom, SetPanTilt methods to set them on the Jabra device.

PanaCast 50 also lets you store three camera presets for Pan, Tilt, and Zoom. You can apply them via the StorePTZPreset and ApplyPTZPreset methods as shown in the following code snippet.

Using the Jabra SDK library, you can change Intelligent Zoom and Virtual Director AI features on the Jabra PanaCast 50. You can get the current video mode by calling the GetVideoMode method and switch between full-screen, Intelligent Zoom, and Virtual Director (Active speaker) modes by calling the SetVideoMode method, as shown in the following code sample.

For a complete list of APIs supported by the Jabra Native SDK libraries for Video devices, compare the SDK documentation.